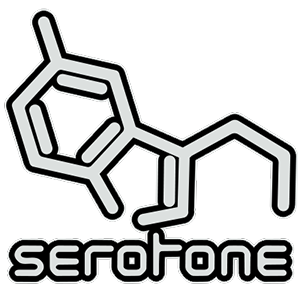 Serotone is a cutting edge Drum & Bass event the encompasses all styles of the genre with an enthuses on quality and high energy that aims to get the Serotonin flowing in the minds of its audience.

The brand is owned and run by DJs and promoters Rivalize and Brown B who joined forces in 2011 through a shared interested for performing the music and creating a brand through which they could share this labour of love.

No expense has been spared in putting on the best line-ups of industry leading DJs and Artists which quickly led to Serotone becoming the premier D&B event in its home town of Brighton, regularly hosting packed out dances, creating a hype and buzz about the brand and local anticipation for what is coming next from the camp.

Serotone Recordings was born from this in 2013 after the boys wanted to offer more than just a dance. This has seen them sign high quality, high energy Tracks from local talent and international producers as well as remixes coming via some of the scenes biggest artists both in the Tech & Jump-Up genres of the game. These include artists such as: Cabin Fever, Command Strange, Jayline, Levela, Nu Elementz to name but a few!

This enthuses on quality and brand identity has seen Serotone rise quickly and gain recognition from the likes of industry leading figures such as Friction and June Miller where music from Serotone Recordings has been played by these artists internationally on BBC Radio1 as well as featured on some of the scenes most established podcasts supported by these DJs.

Serotone has also set up operations in Europe which has enabled them to host stages at summer festivals including Europe’s biggest D&B festival ‘Let It Roll’ as well as touring regularly throughout Ireland, Slovakia and Czech Republic with official Serotone events to be held around various Eastern European cities and as far as North America. So, We invite you, the listener to become part of our progress…Watch this space for all things Serotone and Serotone Recordings.